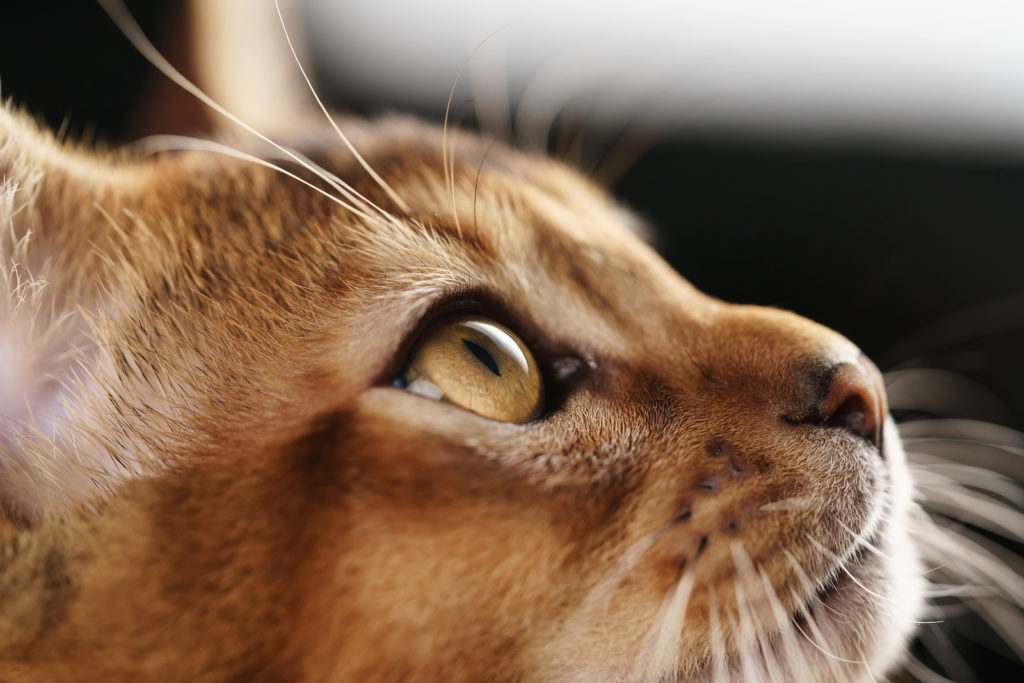 Amy Lea Fancher: I have seen people post 17 years and going strong. Mine is 2.5 years old

Amy Lea Fancher: His name is Duma. It means cheetah in Swahili.

Josie Horne: My first made it to 12. I now have his nephew who will be 12 in May and is in good health. I also have a 9 year old boy who is still like kitten. I lost my female aged 8 to a brain tumour. My daughters female is 11. We all hope for them to reach old age. I’m praying for as many years as possible. Another 12 years with my Sparkie would be heaven.

Hisia Loustiquette Natacha: When Iounnou left me she was 19 years and 2 months.

Rachel Rebel: Mine is almost 15 and doing great.

Jeanette Meech: J-f Bernard Yes,. I now suspect from Tritrichonomas Foetus but it was a while ago!He and his mother and brother were affected. I kept the kittens rather than pass the heartache to someone else.Cancer too is no respecter of age, a mate lost an 18 month old to Lymphoma.

Dawn Elaine: Mine is almost 16 and doing ok.

Tracy Weed: Take care of their teeth and kidneys and they’ll live longer. Make sure to have their teeth checked regularly and remove any as soon as needed. They eat just fine without teeth and leaving them leads to kidney problems. I highly recommend getting a drinking fountain, preferably not plastic.

Maribe Zolli: Mine was almost 20!She was an indoor kitty and the only health issue she had was frequent UTI’s the last 4-5 years (controlled with antibiotics)Selena was the smartest cat I’ve ever had, she’s ruined me for all other breeds!❤️

Kristen Wookey: What a pretty girl.

Josie Horne: J-f Bernard a UTI is a urinary tract infection. Cystitis or crystals in their urine and even bladder stones.

Kristen Wookey: J-f Bernard she gets suspected UTIs that we treat with antibiotics. Bacterial UTIs are more common in older cats than younger ones. In a young cat with urinary issues I’d be much more likely to suspect crystals or sterile cystitis. One of my male A…See more

Kristen Wookey: I thought the UTI question was under my picture, oops. Well, there’s my health report anyway.

Marci Moi: Mine have averaged 12 (diabetes complications) to nearly 18 (cancer). So about the same as a non breed.

J-f Bernard: Looks like so unless an early health problem that even humans can’t avoid

Josie Horne: J-f Bernard I would love it if my boys all make it to the age of my previous non pedegree cats. The youngest of them were a pair of twins who both died at 17, their mum who made it to 19 and my old man tabby who made it to 24+ depending on his age whe…See more

Kathy Bergeron: My Max is 11 and going strong!

Zuzana Grimm: My was 13, left us in two weeks after diagnosis of cancer.

Vanessa Lewis Camacho: Toby (on the right) is 13.5 years. Pictured with one of his new playmates Oscar at 4.5 months. Toby’s litter mate crossed over last November with CRF. X

Jenny Cook: Aby lived to 17, however her last couple years weren’t the highest quality with kidney disease really taking its toll. We adopted her at 8 so her first half of life is a mystery. Of course there is a genetic factor with any cat’s longevity, but there are also many environmental factors that are in our control. For example, Dalila and Roxy have been raw feed since they were kittens and we will not over-vaccinate. We’re hoping for 20’s. They had their kitten one year boosters and they will never get another vaccine unless titers indicate we should. We only use R/O filtered water in their food and fountain. We try to live chemical free in our home. No harsh chemical cleaners, eo’s, fabric softeners, air fresheners, candles, scented litters, etc. i know it’s not healthy to dwell on the past, however I still often think about Aby and if we had only known 10 years ago what we know now maybe she’d still be thriving.

Josie Horne: Non of my non pedegree cats were vaccinated even though all were indoor and outdoor cats. I did however get Sparkie his one year booster. Within minutes he went into anaphylaxis and was within seconds of death before his vet could administer the epinephrine and a different drug to counteract the vaccine in his system. Since then non of my Aby’s or my OSH cat have been vaccinated.

Jenny Cook: Josie I’m so sorry about Sparkie. 😿 People are learning, but it’s hard to escape the constant push of over-vaccination and crap rx food. For whatever reason we have blindly followed most things our vets tell us for eons, but that’s changing and for the better. Kind of odd when you think about it because I question everything my own doctor tells me.

Josie Horne: Sparkie recovered but it was a shock to me. I’ve since moved and changed to a vet who actually has his own Aby’s because one of his first business partners was also a breeder and specialised in Aby’s. The practice now always has a dedicated cat vet.

Christina Jordan: Rumford & Ky. Mates for life, each are three and a half and their parents and as far as I know grandparents are all doing well!

Martien Kramer: My Seti is 19 1/4 y/o now and doing relatively well. Sight not too good, almost deaf and advanced kidney problems, but still the loving Abby he has always been. His mother lived to 20 and one of his litter mates to almost 18. So they can live very long, but you have to be lucky. His other litter mate died before 2 y/o from cancer…

Martien Kramer: And by the way; on the UK Somali cat club FB page there was a Somali who celebrated her 22nd birthday today!

Joann Newhouse: Had a blue female that lived to 20.

Mara Van Wijk: My first aby (kikker) was only 3 years old ( cancer in her kidneys)My second ( Mobius) 11 months…he got outside and was hit by a car. My thirth (Poike) was only 6 , kidney failure. I had a european shorthair (Drakie) who was 8 years old and started to lose weight .I went to different vets but no-one could tell me what was wrong with him. I now have a 7 year old aby girl Lila ,and a 3 year old X- maine coon Midas I really hope they will reach a very old age!!!

Mike Scelsi: Bisbee left us at 6😢.

J-f Bernard: Can’t believe how many loose them at 6. That’s too young 😞

Tatiana Allen: My Rust Bucket lasted 17yrs…I was so blessed to have 17yrs with him…

Christina Murnen: My girl is 16 with no signs of slowing down

Christina Murnen: She lives with my parents down the street now but she has been with me through it all. I was 14 when I got her as a kitten. I’m 30, married with kids. They are like lifetime companions for sure.

Lisa Zingsheim: Between 18 and 22 (rescue so best guess on age). Currently have a 14 year old

Shirley Van Der Hoek: Don’t worry about age – just live every day of your life and those of your fur babies to the full – one never knows when it will be the last for us or them 😽

Cynthia Roberts-Greene: Ours passed in August at 16 – complications of kidney disease.